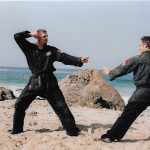 For those interested in a little more background, here is some deeper history on how Sensei found the martial arts.

Sensei Brian Simmons’ interest in martial arts began around 1990. Lost in a world of confusion, he came to believe that the discipline of a martial art might help him find the direction and clarity his life so sorely needed. Through books and conversations with various martial arts practitioners, his research led him to conclude that the ultimate martial art was the Japanese art Ninjutsu. As he sought the opportunity to train in Ninjutsu, he was luckily guided by a friend to a genuine Ninpo dojo in North Hollywood, California that was, at that time, associated with the Genbukan, one of the only two organizations in Japan teaching authentic Ninjutsu, or Ninpo Tai Jutsu; this school was the Yamato Dojo headed by Sensei Chadwick Minge.

Brian made an appointment to observe a class and, after seeing the rolls and falls, knew he was in the right place. Unfortunately, he was financially unstable at the time and remained hesitant to join. Finally, a voice spoke to him and comforted him – a voice so loud it crowded out all other thoughts and fears, a voice he knew not to be his own. He knew then that he was to train in what has since become a sacred place for him. He joined Yamato Dojo in 1991 and gave himself over to the guidance of Sensei Chadwick Minge.

His personal circumstances at the time he joined Yamato Dojo prevented him from keeping a full-time job. Much of his early attendance was on Sensei Minge’s good graces. As a result, during his first six years at Yamato Dojo all of his time was dedicated to training. Having no other previous martial arts training, he had nothing to unlearn. He attended every class the dojo offered and often found himself training with Sensei Minge alone. Being tossed around for an hour by Sensei Minge rewarded him with the rare opportunity to truly learn the rolls and falls of Taihen Jutsu – often out of sheer necessity!

Through his continuous attendance and devotion, he gained Sensei Minge’s confidence as an upcoming martial artist and was soon trusted as his Uke (Assistant). As Sensei Minge’s Uke, his devotion continued to grow as he learned to commit to an attack, i.e., to attack for the sake of attacking, and without the fear of hurting his opponent or retaliation. Once assured this lesson was learned, Sensei Minge entrusted to him the duty of cutting him with the Katana. Using the Katana requires maintaining strong spirit while learning the delicate balance between cutting for the sake of the cut.

In 1994, he was awarded the rank of Sho Dan by Sensei Chadwick Minge.

After being awarded Sho Dan by Sensei Minge, Brian joined the Genbukan organization (not a current member of Genbukan). Brian had met Tanemura Sensei previously on his frequent visits to Yamato Dojo, and was used as his Uke during the Hanbo portion of a Ninpo seminar—a position for which only trusted students are used. Tanemura Sensei honored Brian by awarding him the rank of Sho Dan personally, and further honored him by commenting on his quiet nature and strong spirit, calling him an American Samurai.

As his abilities in Ninpo grew, his responsibilities at the dojo grew. Some time after being awarded the rank of Ichi Kyu, he was allowed to teach private lessons. Although he had already been assisting Sensei Minge with children’s classes, he was now able to teach both adults and children, both as an assistant to Sensei Minge as well as conduct classes—privately and publicly—on his own. Sensei Simmons soon learned that there is no better way to learn than to teach.

From 1995 to 1999, while continuing to train and teach at Yamato Dojo, Sensei Simmons incorporated his gifts for teaching and Ninpo into his Ninja Karate Party business. Providing entertainment and education at children’s birthday parties, he was able to introduce Ninpo to a wider demographic. Thanks to the improvisational nature of the Ninja Karate Parties, his understanding of free flow movement and Ran Dori was greatly enhanced as well.

Brian continued to train and teach in the capacity of Dai Sempai (Head Assistant) at Yamato Dojo until 2004.

Following in the footsteps of his teacher, in 2004 Sensei Brian Simmons opened his own martial arts school. He moved to Northern Nevada and opened the Shin Gan Dojo, which operated successfully for 15 years in Sparks, Nevada, USA.

Teaching both privately and publicly has gone far in compounding Sensei Brian Simmons’ own understanding of Ninpo, as well as given him the opportunity to work with students from all walks of life, including the very young, the very inexperienced, the mentally challenged, the physically handicapped, the elderly, and the overweight as well as those students who have a natural aptitude for the art.

Under the care and guidance of Sensei Minge since 1991 to the present he has learned the power of Ninpo, as well as discovered his own natural gift for teaching and natural talent at this martial art. During this time he has achieved the rank of 4th Level Instructor’s License (out of 5 levels). Because of the all-inclusive nature of Ninpo Tai Jutsu, the 4th Level Instructor’s License is comparative to and inclusive of these ranks in the following arts:

As martial arts is a life-long pursuit, he continues his study beyond these rankings.

In 2019, Sensei Simmons moved to Boquete, Chiriqui, in the Republica de Panama with his wife Gigi and built a new dojo where he continued to teach and share the gifts bestowed upon him with others.

2020 brought unexpected changes. Sensei Brian and Gigi decided to return to the United States, choosing Liberty Hill, Texas as their new home. They have opened a new training facility in February 2021, re-named Urban Defense Academy to encompass both the Traditional Japanese Martial Arts and Firearms Training.

Through the will of the Divine Spirit, Sensei Brian and Gigi will continue to share their passion and knowledge of these martial arts in their new community. 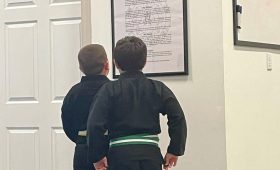 The Three-Spoke Wheel of Success 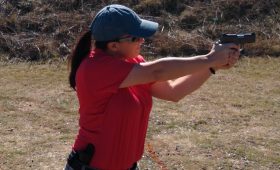 How I got started with Firearms Training 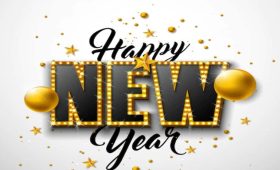